Things may not be quite as they appear…

Posted on July 16, 2011 by Chuck Coty
Following is an interview with Yonatan Sapira, a former Captain in the Israeli Air Force. I am truly invigorated by this man’s conviction and his willingness to subject himself to scorn as he follows his heart. And contrary to the way he has been characterized, it’s rather obvious that a deep love of his country and his Jewish heritage has motivated his quest for peace through non-violence. Yonatan appeared in a recent documentary, “Little Town of Bethlehem“, with two fellow activists, one Christian and one Muslim, all three hailing from the same city of Bethlehem. Their common goal?  Peace!

Yonatan is living proof that as a Jew he can love Israel and his people but yet strongly disagree with some of his government’s actions and policies. In my view, as one coming from the “religious right” perspective, we have been cornered by a false dilemma: Either love Israel and ALL of its policies or accept the terrorists and their despicable acts against the innocent. As a Christian I simply cannot justify terrorism whether state-sponsored or sanctioned by a militant group like Hamas. The cycle of violence must stop. 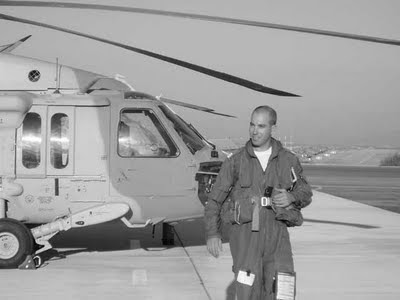 That being said, if we don’t seek to understand what might motivate a person to strap explosives to their body with the intent to inflict maximum damage on innocents, I don’t think we are being intellectually honest. Which is worse, a terrorist act that kills 9 innocent children or an Israeli Air Force rocket assault on the home of an alleged terrorist also killing 9 innocent children? Oh, but some may say, “The government has the right to self-defense and in so doing if children die, that’s unfortunate collateral damage.”  Really? What if the terrorist is also reacting to the tyrannical aggression of the Israeli government and feels totally justified to act on behalf of those who are oppressed? 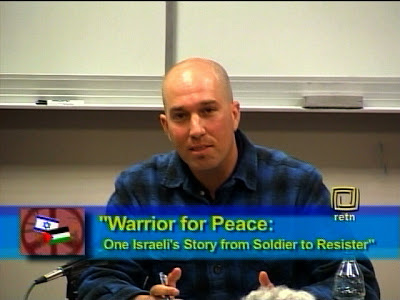 By caging a million and a half people like animals (Gaza) and separating them from vital resources, is causing severe reactions. And by Israeli’s settling on land that is not their own is also soliciting acts of aggression. How would you or I react if our neighbor illegally began to annex our property and expanded his home onto our land?

So simply because I can’t possibly condone the Palestinians firing missiles into Israel, does not mean that I shouldn’t seek to understand the underlying motivations of the combatants. Perhaps their cause is just though their methods of retribution are abhorrent?

Is the U.S. supporting the Israeli government’s policies that are helping foment or at least perpetuate this kind of violence? Please listen carefully to Yonatan’s plea. He is not a terrorist sympathizer, but neither does he side with the dehumanizing policies set forth by his own government. Lastly, please pray that Yonatan will come to know the true Prince of Peace.
This entry was posted in Dispensationalism, Israel, Zionism. Bookmark the permalink.