The Passing of Heaven and Earth? – 2 Peter 3 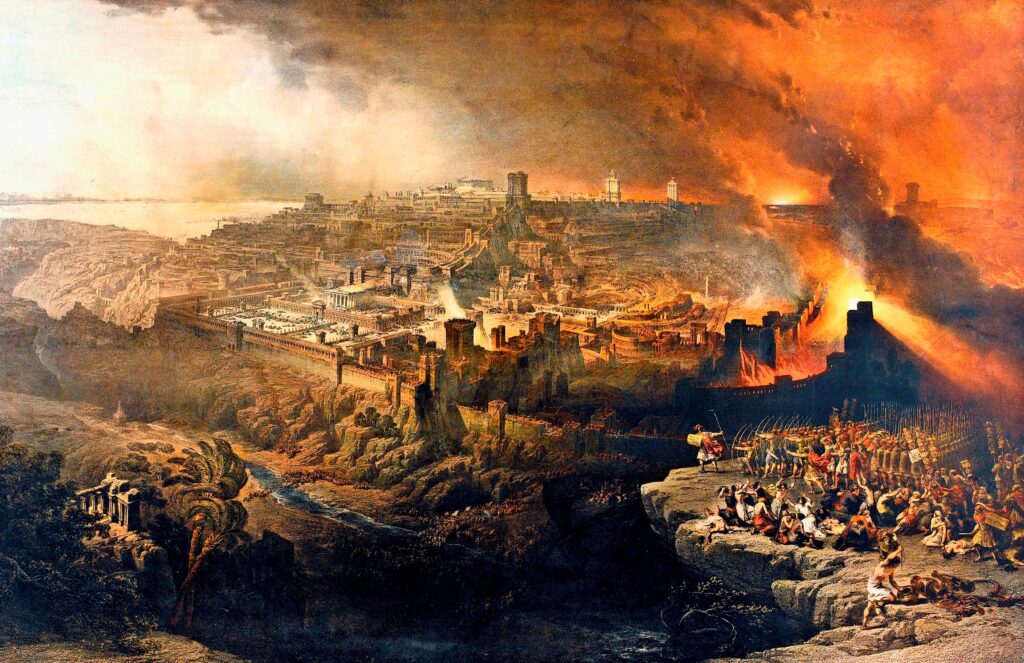 speaking about the literal destruction of the physical cosmos? Writing in the AD 60s, when Peter penned, “the elements will be will melt with fervent heat”, was he warning of a thermonuclear event that would take place thousands of years in the future? Is there any possibility that Peter, who in his first epistle wrote, “the end of all things is near“ (the same “all these things mentioned below) expected this dissolving to occur in his near term? Most would say that it’s not possible.

2 Peter 3:10-12 But the day of the Lord will come as a thief in the night, in which the heavens will pass away with a great noise, and the elements will melt with fervent heat; both the earth and the works that are in it will be burned up. 11 Therefore, since all these things will be dissolved, what manner of persons ought you to be in holy conduct and godliness, 12 looking for and hastening the coming of the day of God, because of which the heavens will be dissolved, being on fire, and the elements will melt with fervent heat? 13 Nevertheless we, according to His promise, look for new heavens and a new earth in which righteousness dwells.

If you would like an in-depth analysis of 2 Peter 3, Gary DeMar and David Chilton offer a very compelling argument for a view not commonly espoused today but that which was held by many scholars like John Brown and John Owen centuries ago. (click on the pdf link below, “What Does Peter Mean by the Passing Away of Heaven and Earth?“) You might be surprised by their conclusions and it might challenge your presuppositions. The Days of Vengeance, by David Chilton (270-page PDF – An exposition of the book of Revelation – verse by verse commentary)

Admittedly, the audio quality of these lectures is very poor. However, I think the content is worth sludging through the fuzziness. These David Chilton conference sessions were recorded shortly before his death in 1997.

ABOUT Gary DeMar
Gary—who served as President of American Vision for thirty-five years—is a graduate of Western Michigan University (1973) and earned his M.Div. at Reformed Theological Seminary in 1979. Author of countless essays, news articles, and more than 35 book titles, he has been featured by nearly every major news media outlet. Gary also has hosted The Gary DeMar Show, History Unwrapped, and the Gary DeMar’s Vantage Point Webshow and is a regular contributor to AmericanVision.org. Gary has lived in the Atlanta area since 1979 with his wife, Carol. They have two married sons and are enjoying being grandparents. Gary and Carol are members of Midway Presbyterian Church (PCA).
______________________________

ABOUT David Chilton
David was an American pastor, Reconstructionist, speaker and author of several books on economics, eschatology and Christian Worldview from Placerville, California. He contributed three books on eschatology: Paradise Restored (1985), The Days of Vengeance (1987), and The Great Tribulation (1987).

His book Productive Christians in an Age of Guilt-Manipulators: A Biblical Response to Ronald J. Sider (1981) was a response to Ronald J. Sider’s best-selling book, Rich Christians in an Age of Hunger: A Biblical Study (1977), which promoted various programs of wealth redistribution by the government. Chilton argued that the Bible either does not authorize such programs or explicitly teaches against them.