Posted on September 26, 2011 by Chuck Coty
“In the sermon (below), Archbishop Scott McLaughlin exposes the origins and outcomes of the popular idea of the “Rapture” of the Church, rebuking Harold Camping’s predictions of the “Rapture” in May and the End-of-the-World in October. The entire “Dispensational” system of biblical interpretation is exposed as a fraud and a false system of belief that denies Christ, the Church, and the Gospel. Preached at Christ Anglican Church, Lexington, NC, on Rogation Sunday, May 29, AD 2011″
Let me ask you a question. If at the very core, Dispensationalism is fatally flawed (and I believe this can be proven), then how can its eschatology be on solid ground? Many people reject the more hardcore teachings of dispensationalism e.g. distinct earthly and heavenly paths to God, yet they don’t realize that, since the foundations of this system are decrepit, the eschatological outgrowths must be one in the same.
However, I find people picking and choosing facets of dispensationalism much like a Chinese menu. The column A,

column B approach is not valid because of the way dispensationalism is constructed. People don’t realize that the rapture was a necessary fabrication to rid the world of the Church so that God could properly (they say) focus on the apple of His eye, Israel. It is a system that simply cannot be tweaked, though many mistakingly think it’s possible. It should be viewed as an elaborate jigsaw puzzle, where if one piece does not fit, the entire puzzle should be scrapped.
Any theology that exalts a physical nation i.e. the modern day secular nation of Israel, and makes it the focal point of history, is unwittingly doing severe injustice to the centrality of Jesus Christ as THE ONLY epicenter with which we must honor and revere. Any system that causes us to take our eyes off of Christ, must be rejected. 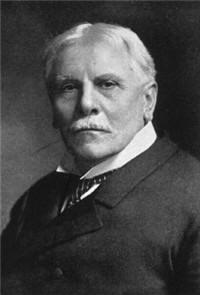 If you consider yourself a dispensationalist, I truly mean no offense. I’m not suggesting that you aren’t a Christian nor am I challenging your faith in Christ or your sincerity. However, I believe this doctrine is dangerous and at its core is an offense to the Gospel. Please examine your view against the backdrop of Scripture.

These past 40 years (though it began much further back) mark a mentality of retreat that has caused the Church to lose focus and has cost us the culture. The difficult times in which we live are, in my view, the result of a self-fulfilling prophecy. So a man thinks in his heart, so he shall become. If you expect defeat and are sold on escapism, then we should not be surprised by the results. If we want to take back the culture for Christ, we MUST shed “Leftbhindology.” We will not work contrary to our eschatological expectations for very long. Why bother polishing brass on this fast sinking ship?  That mentality has cost us a great deal.

This entry was posted in Dispensationalism, Premillennialism, Zionism. Bookmark the permalink.