The World is Coming to an End, Again!

Posted on May 26, 2011 by Chuck Coty
The Rapture’s Back On! Should I sell my home?
Commentary: Doomsday is Oct. 21, so get your finances in order By Brett Arends 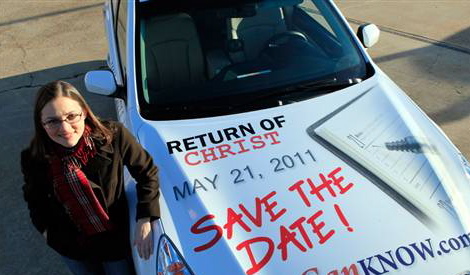 BOSTON (MarketWatch) — The world is coming to an end. Again.

Harold E. Camping, the radio “Rapture” guy out in California, has told his followers that the world will end — or, at least, that all the Chosen Ones will get raised up to Heaven — on Oct. 21. (Camping gave this update after Saturday’s big letdown, his second.)
I know what you’re thinking: “What does this mean for my personal finances?” Well, here at MarketWatch we’ve always got your back. So if you’re getting ready for the Rapture, here are my 10 personal-finance tips….
(Continue HERE For the rest of the article and a short video of Camping – it’s kind of a playful “what if”…)
________________________
Apparently, according to Camping, he wasn’t actually wrong. Surprised?  No, I wasn’t either. Who’d admit that kind of blunder when some of his followers spent their life’s savings on signs, tee-shirts, pamphlets and touring caravans? Camping says that It just didn’t happen the way he expected. Hmm. Maybe he’s on to something. 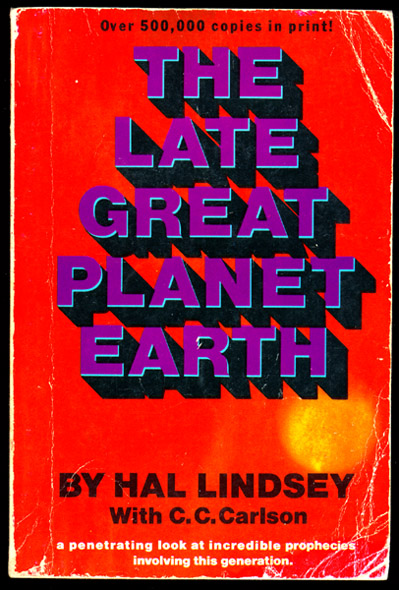 The truth is that although I don’t know anyone who took Camping seriously (though plenty did), this “any moment rapture”, popularized by Hal Lindsey and more recently, Tim LaHaye, has conditioned the soil for a whole bumper crop of similar predictions. We all know Jesus said that “no man knows the day or the hour“, but was that the extent of Camping’s error?  Is that really what makes Camping’s eschatological proclivities so egregious compared to others who laboriously sound the alarm without setting a specific date? In terms of overall impact, what’s the big difference between saying something been imminent for 2,000 years or picking an actual day? At least Camping put his money where his mouth was. I believe the majority of Christendom’s “end is near” drone, has had a much more chilling effect on so many levels than this Camping fiasco.
I’ve been hearing this “any moment” rapture since the 1973 Middle East crisis (oil embargo) when I was a wild-eyed 19-year-old. My roommates and I contemplated quitting college and 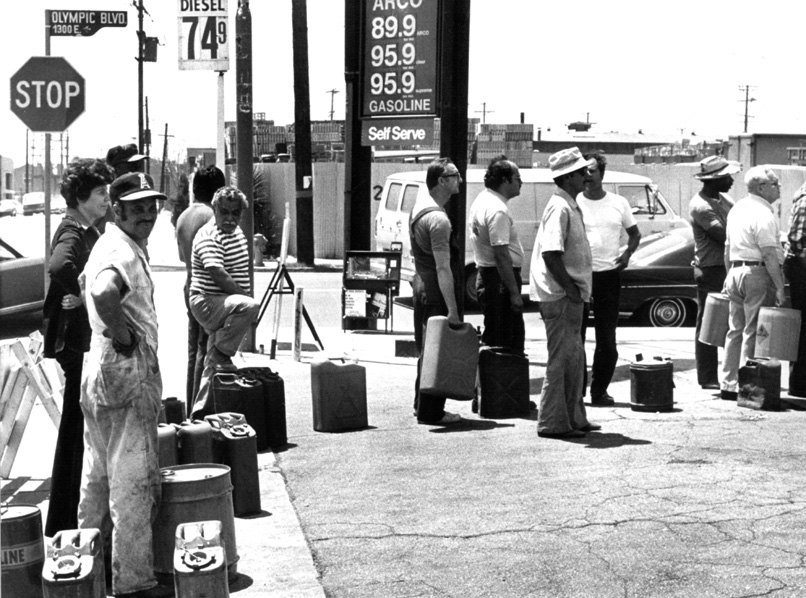 heading for the hills because Pat Robertson had convinced us that the end was near. After all, what good would a B.A. in Criminal Justice do in a heaven packed with a bunch of perfect people?  LoL
In 1982, when my wife Debbie was pregnant with Matthew, she and I were warned by a well-intentioned but a bit overbearing fellow quoting from Matthew’s version Olivet Discourse.  He told us rather emphatically that this was a dangerous time to bring a child into a world that was in its final birth pains. Not the best news for expecting parents!

In hindsight, consider the irony. Christy, my second child who was not born yet, now has her own child! How long will it be before some other zealous person quotes the above Scripture to her? 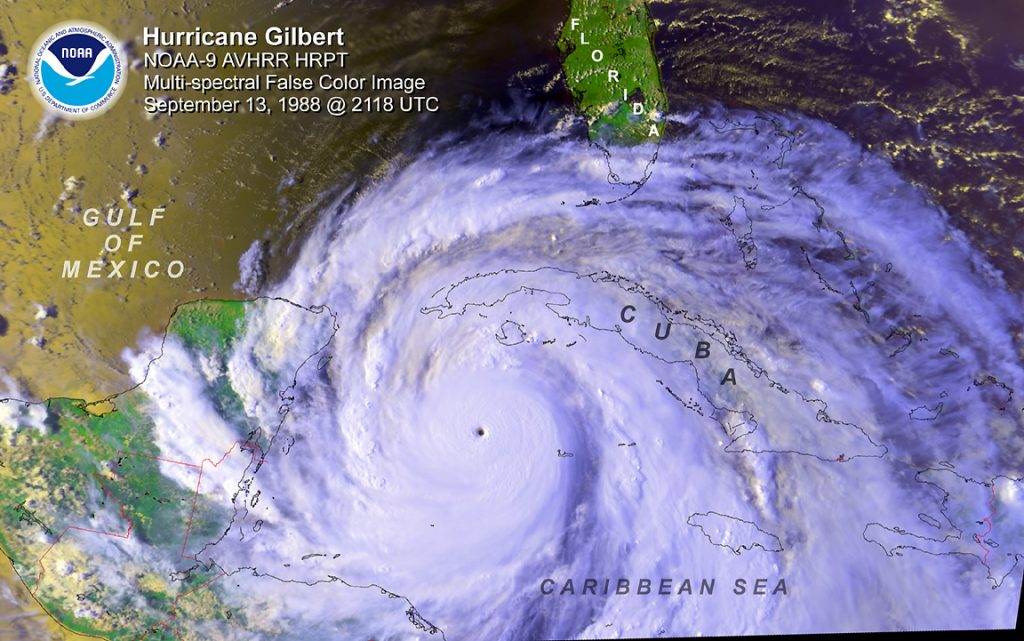 On September 12, 1988, Debbie and I were tooling around the Gulf on the cruise ship Titanic…no actually it was the Veracruz but it felt like the Titanic, as one of the largest hurricanes (Gilbert) in history was bearing down on our destination, Cozumel, while we were bopping around like a cork in 20 foot seas. You ask what’s the significance of that date?  It was the middle day of the three days Edgar Whisenant (88 Reasons Why the Rapture Could Be in 1988) predicted the rapture was guaranteed to happen.

“Only if the Bible is in error am I wrong; and I say that to every preacher in town. “[I]f there were a king in this country and I could gamble with my life, I would stake my life on Rosh Hashana 88.”

He came back in ’89 (Edgar that is…not Jesus LoL) with the same brazen guarantees and then wasn’t heard from again. Well, not publicly, that is. Perhaps he staked his life on it… 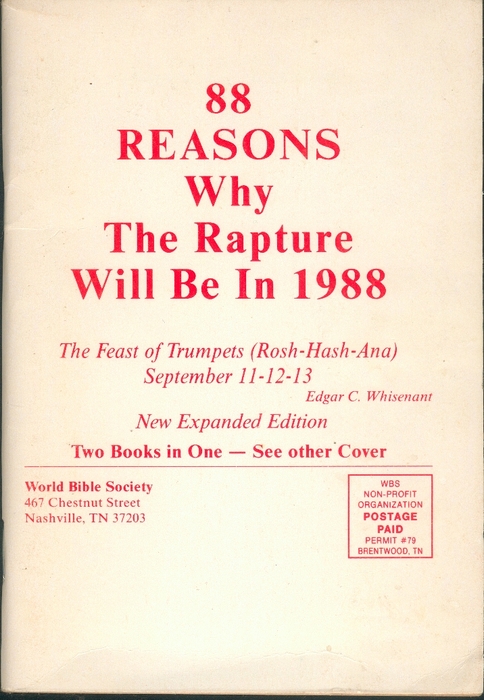 Then the magic year was the turn of the millennium, 2000. That reminds me, I still have 50 gallons of water and a bunch of canned goods from that one. I suppose the water’s a mite stale and the veggies are unrecognizable.

After Y2K came and went without much fanfare, the specutologists turned to 2004. Nothing again and then THE DAY became May 12, 2011… well, not it’s October 2011. That date will come and go and then the next great wave will be in 2012 culminating on the Mayan calendar’s terminal date, December 22. As certain as Edgar was, I am as well, that these and many more years of predictions will all come and go while more and more Christians become disillusioned with the Bible.

Well, Matthew is now almost 29, I’m 56 (ugh!) and I continue to hear the same ole warn-out refrain. “If the Lord tarries just a little longer I’ll do (fill in the blank)”.  It’s always perpetually “soon”. Nice redundancy, eh?  And this, in my view, is the crux of the problem. It’s a broken record.  It’s Chicken Little meets Groundhog’s Day.

Every time there’s a school shooting, a rash of tornadoes, an earthquake, a kidnapping, an economic collapse, an oil spill, unrest in the Middle East, or basically anything negative, what do people say? “It’s a sign of the times.”  To be quite frank, it’s a sign of EVERY generation in recorded history. This stuff has been going on since the fall. It’s as if people have no comprehension of history. As Yogi Berra would say, “It’s Deja vu all over again.” 🙂

The modern Church has become myopic and egocentric. Every day I am amazed as I hear so many Christians say how bad things are. Hey, if someone’s unemployed or has terminal cancer, things clearly are bad for them. And times are always marked by events and conditions that prove we live in a fallen world. But in the grand scheme, are world conditions really as bad as many say they are?  In the past 200 years, consider the following varied events to add perspective. And remember, the population in 1804 (1 billion) was 7 times less than it is now (7 billion):
The fulfillment of Bible prophecy is always about us, in our generation…or so people think. 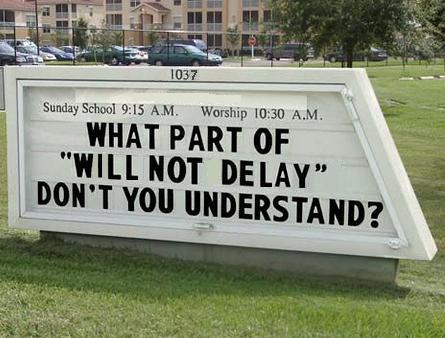 This egocentricity is really causing serious interpretative issues.  And I believe the blame falls on our flight from sound hermeneutics (the science of interpretation). Once time indicators (soon, near, at hand and shortly), audience relevance, context, and the analogy of faith (interpreting the unclear from the unclear) are discarded, interpreting the Bible becomes a free-for-all, and private interpretations abound.
Case in point: In the first verse of the Revelation it says, “things which MUST SHORTLY take place.” So one person says, “shortly is just a relative term”, off to the races they go.  So, 2,000 years later, the Revelation is supposedly still in our future. What about “MUST SHORTLY take place do we not understand? There’s no wonder confusion abounds. 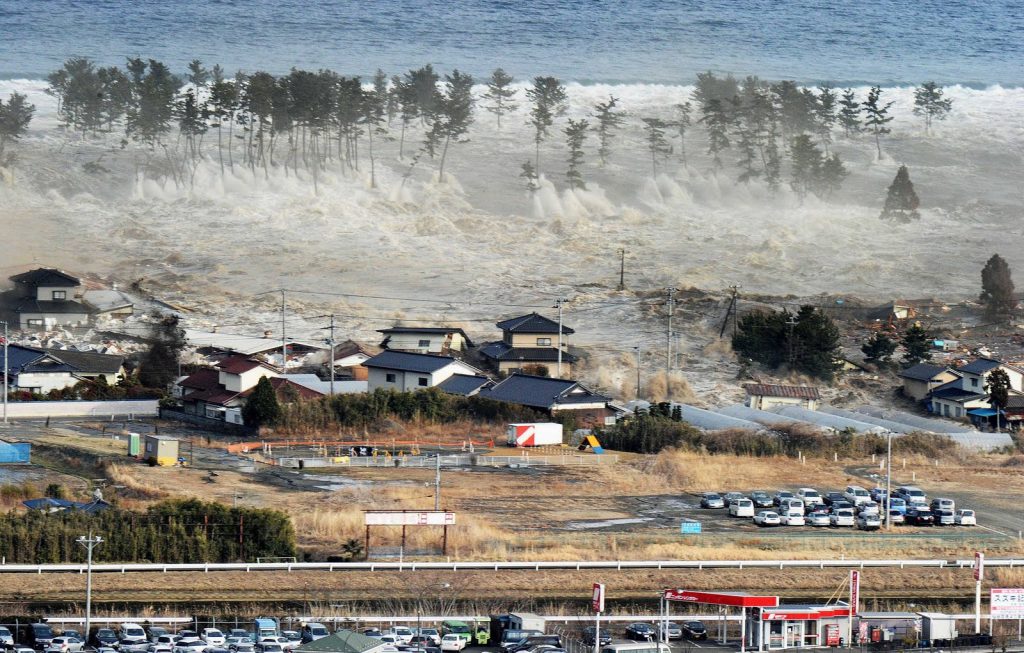 After the massive earthquake and the ensuing tsunami that devastated Japan, I was talking with two gentlemen at the place I work-out. One guy said, as the other was nodding his head, “This is just the beginning, so get ready. You ain’t seen nothing yet.”  No, maybe I haven’t since most of the really horrific stuff happened well before I was born, but I’ve heard these dire warnings for my entire 38-year Christian life.

And the truth is, the Bible doesn’t say anything about an increase or frequency of seismic activity, or school shootings, or economic woes or anything regarding an uptick in natural disasters. Jesus simply said that there would be earthquakes in diverse places.

But sadly, that doesn’t really seem to matter because we believe we’re living in the last days of history and things must be getting really bad. Our expectations tell us such, and we use to newspaper to confirm them. It’s  the never-ending self-fulfilling story. But it’s not a true story and the facts simply don’t bear out these supposedly worsening times. It’s all relative when our myopathy restricts our view of the past 40 years.

So, yeah, I agree, Camping’s out of control, but so is this “any day now” rapture. It’s eating our lunch and sapping our resolve.  Christians are becoming the butt of all the late night talk show jokes and overall, the Bible’s credibility is being severely compromised. I know it won’t be popular and you might get run out of a Bible study for even asking the question, but don’t ya think it’s high time we begin to look at the eschatological underpinnings that foster this kind of stuff? Something being imminent for 2,000 years is, well…the only words that come to mind are condescending. 🙁 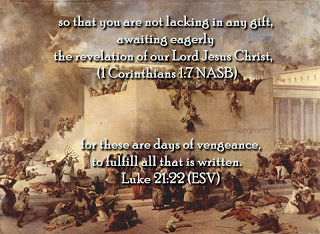 Where in the New Testament do we find an admonition to rebuild the Temple (what an abomination); a regathering of the Jews into the Holy Land; or a prediction that Israel would once again become a nation? Actually, the only Temple mentioned was one that was to be destroyed (and it was in AD 70 exactly 40 years [a generation] after it was predicted); And the only prediction regarding fleshly Israel, was its impending demise for murdering their Messiah (and it happened as God brought the Roman-led multi-national army to destroy Jerusalem during the spring of AD 67 to the fall of AD 70 – times, time and half a time – 3 ½ years).
I sure hope we get back on track to a sound interpretation of Scripture. I don’t know about you, but I’m tired of this 40-year wilderness wandering. Don’t get me wrong, manna’s okay with a dab of ketchup, but it ain’t no Outback cheese fries or succulent shrimp from the Bonefish Grill.  🙂
This entry was posted in 2nd Coming, Audience Relevance, End of the World, Eschatology, Hermeneutics, Olivet Discourse. Bookmark the permalink.