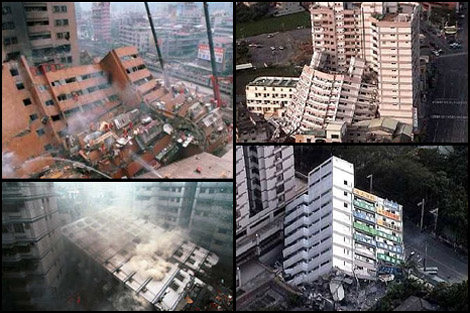 Are earthquakes really on the rise? Are they signs that we’re nearing the end of world?

As it was stated on one website echoed by millions, “The last days prophecies say that earthquakes will increase.”  Is that true?

Listen to Pastor David Curtis (Berean Bible Church) as he puts to rest the many myths surrounding these disaster makers. It has been my experience that our modern day prophetic speculators never let a disaster go to waste. They always seize the moment with their “the end is near” mantra. I won’t take away any of David’s thunder, but I’d just like to leave you with this: Was Jesus speaking about the “end of the world” or the “end of the age”?  Misunderstanding this one major point, has thrown many into a cauldron of private interpretations that are not vetted by the Word of God.

(Matthew 24:7) “For nation will rise against nation, and kingdom against kingdom, and in various places there will be famines and earthquakes.

Mark 13:8)  “For nation will rise up against nation, and kingdom against kingdom; there will be earthquakes in various places; there will also be famines. These things are merely the beginning of birth pangs.

Where in these verses does it say anything about an increase in the number or intensity of earthquakes?  Jesus said that there would be “great earthquakes.”

(Acts 16:27) and suddenly there came a great earthquake, so that the foundations of the prison house were shaken; and immediately all the doors were opened and everyone’s chains were unfastened.

Consider the following short video series of Don K. Preston dealing with this most recent tragedy in Japan. (forgive his sun glasses – he had a broken blood vessel in his eye :))