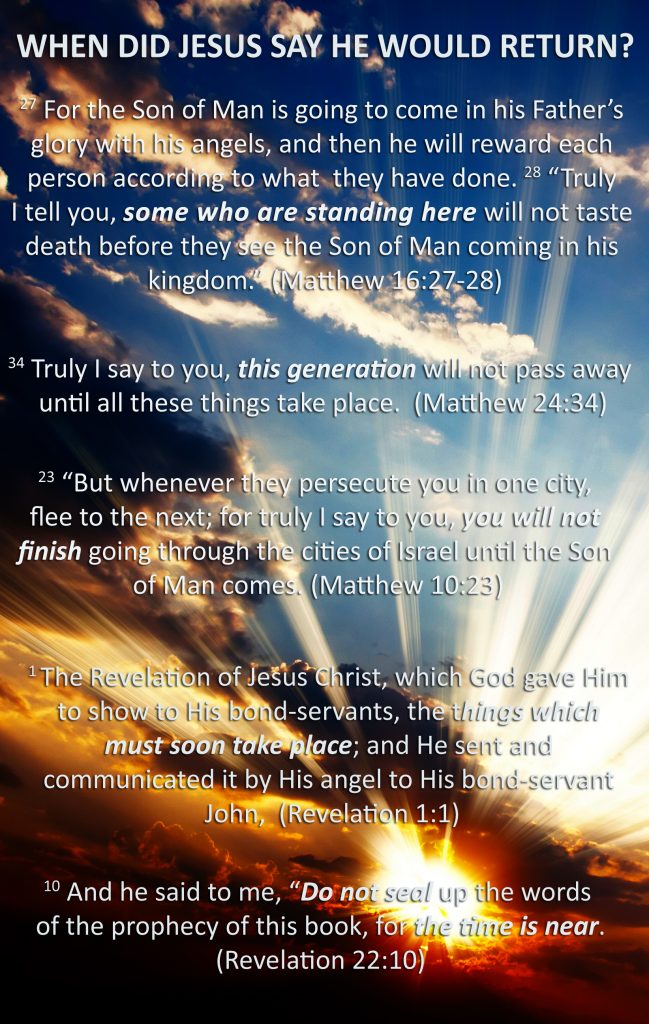 Verse 1
Repent, for the kingdom of heaven is at hand
That’s what Jesus said, but people don’t understand
Look at the signs of the times, that’s what they say
Two thousand years and counting, still waiting for the day
Trying to do the math, so the figure and calculate 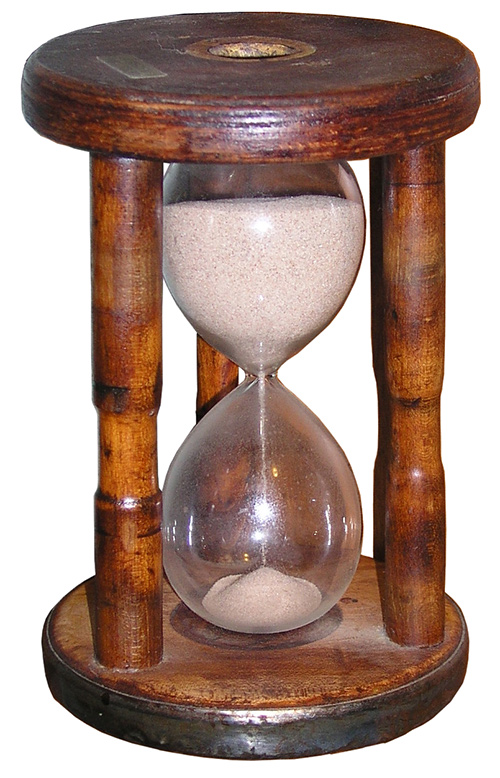 Somebody flipped the hourglass!

Adding up the years and then they try to set a date
Warning of tribulation and antichrist, causing fears
Longing for the time that God will wipe away their tears
Expecting clouds to bring more than the rain
Waiting for their savior to take away their pain
Hopes of being caught up with the Lord into the sky
With every passing day, they say the rapture draws nigh
Preaching and writing, don’t get left behind
God’s judgment is about to come on mankind
Looking for a kingdom that the eye can never see
Dissed by the sensation of their so-called end times prophecy

Disciples asked about the end of the age
So Jesus gave signs by which they could gauge
Famines, earthquakes, the spread of good news
The wars and great wickedness all were clues
False prophets and messiahs full of deception
With lies strong enough to fool their perception
The city was surrounded and disciples left town
Seeing it was time for the stones to come down
When the desolating armies were deployed
Jerusalem, the Holy City, was destroyed
As the heavens and earth passed away
The new creation dawned in a spiritual way
But people desire what their hands can touch
Praying for a temple and Jerusalem too much
Only to rebuild that old system of death
An inspiration that’s not from God’s breath

+ Numerology pointed to the new millennium

Not only his disciples but the high priest was told
Within their lifetime of the coming they’d behold
A time of judgment from which none could hide
All would see, even those who pierced his side
In that generation Jesus’ words were fulfilled
It was the end of all things, as God had willed
It was the last days or the end of the ages
Fulfillment of prophecy sealed in Daniel’s pages
The time of the pouring of the seventh bowl
As the Lamb of God unsealed the holy scroll
In their day the judge was right at the door
Condemning the sin of the adulterous whore
With the witness of the first century view
It’s obvious all things were being made new
No need for the church to wait any longer
Trust God’s word and your faith will be stronger

+ A new math points to 2018
+ When will this foolishness end