Secrets and Conspiracies – never the twain shall meet

The following story is a rather poignant reminder why large-scale conspiracies involving hundreds, if not thousands of people, simply cannot be true. The fact is that people can’t keep their mouths shut… not for long. Even in this small group of highly trained Navy Seals, not all of them kept their traditional oath of silence. When money, fame and/or notoriety are on the line, somebody always chirps. 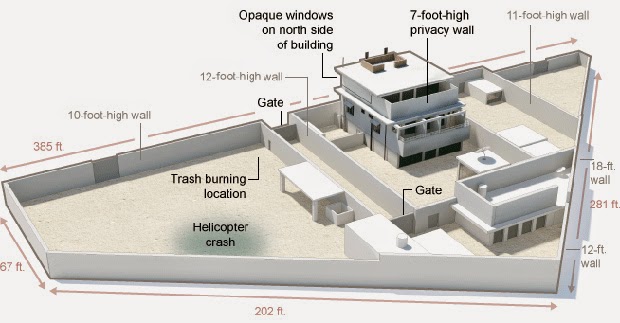 On Nov. 11 and 12, Fox News Channel will air “The Man Who Killed Usama Bin Laden,” a two-part documentary featuring “an exclusive interview with the Navy SEAL who says he fired the shots that killed terrorist leader Usama Bin Laden,” according to a Fox media release, using an alternate spelling for the jihadi’s name. The retired SEAL, “who will reveal his identity and speak out publicly for the first time, describes the events leading up to and during the historical raid that took place on May 1st, 2011.” (TBO.com)

Though the detail in which “The Shooter” described his assassination of bin Laden seems inappropriate for public consumption, it nonetheless serves to confirm this object lesson. Silence, even in an event confined to a band of brothers, is a virtual impossibility. And this Seal team revelation came to light less than 2 years after the death of bin Laden.
So when people talk about conspiracy theories on the magnitude of 9/11, where thousands had to have been “in the know”, the chances of long-term silence are extremely slim. It’s simply contrary to human nature, especially in a free society? 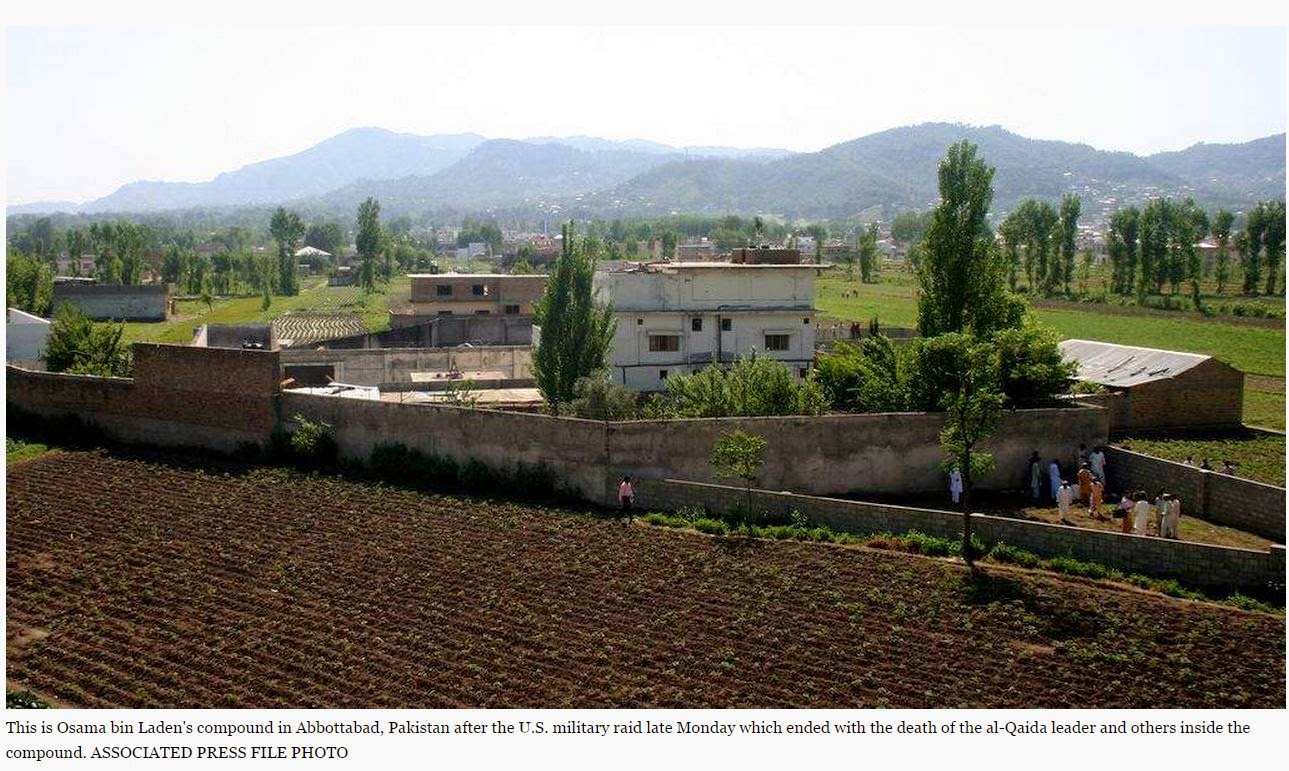 Recently, a Facebook friend argued that since the BBC reported the collapse of WTC7 (the Solomon Brothers building) in advance of the actual collapse, this was proof that the BBC had prior knowledge. Therefore, in his eyes, this was clear evidence that 9/11 was an inside job, that Larry Silverman (owner of the complex), plus all of the alphabet networks, the CIA, the Mossad, the U.S. military, and many high-level government officials, were all in on the plot.

So instead of this fellow realizing that on that chaotic day of mass hysteria, reporting was at times confused and downright errant, he chose to believe that thousands knew of the supposed conspiratorial plans to bring down the Twin Towers and WTC 7 through controlled demolition, to wreak havoc on the Pentagon through a missile strike, and to shoot down Flight 93 (that they insist didn’t crash in Shanksville).

As a sidebar, I have always found it absurd for the conspiracists to claim that covert operators within our government issued a stand-down order to the military tasked with protecting U.S. airspace (and especially Washington) and then argue that “Flight 93 was shot down by a missile and disintegrated in midair, scattering the wreckage over a large area.” So, if the intent was to wreak the most havoc possible why shoot Flight 93 down miles away from nowhere? Why not let the airliner hit the White House, Capitol Building or some other equally vital icon? And why, if the military was told to stand-down, would they have shot down Flight 93? It makes no sense to their narrative.

And that’s the point. Conspiracists have a nasty habit of throwing as much conjecture against the wall hoping something will stick. “I just think the official narrative sounds fishy”, they say. Their theories, when taken to their logical extremes, are nonsensical. And in typical fashion, after they realize one particular argument doesn’t fly, they say, “I’m just asking questions.” Asking questions is something we all ought to do regarding every event. We should never take the government’s word for anything. But finding a few anomalies, that on balance are nothing more than what one would expect in a highly fluid catastrophic event (with so many moving parts), does not a conspiracy make.

Yes, indeed, the 19 hijackers were just a bunch of poor Muslim patsies scapegoated so that the U.S. could muster the moral justification to invade Iraq while ultimately stealing their oil. Or so it has been argued. So why weren’t any of the patsies actually from Iraq? Couldn’t the sociopathic NWO masterminds who were supposedly orchestrating the attack, have managed to throw a few Iraqis into the flight manifests? And why does the U.S. import a lesser percentage of oil post-Gulf War than it did while Hussein was in power? These menacing little factoids don’t matter to the true believer.
Further, consider this. Why would the triumvirate of Cheney, Wolfowitz, and Rumsfeld have used four planes (two to strike the Twin Towers, one to merely fly over the Pentagon, and one to shoot down), as some sort of magician’s misdirection? Why not crash all four planes into hard targets to create the most damage?
A friend, deep into the rabbit hole, scolded me, “Use your HEAD, man!” As if I was the one who was living in a dream world void of reality. But using my head is quite frankly what eventually woke me from my conspiratorial stupor. Instead of watching one propaganda flick which is riddled with lies and half-truths, I began to do some serious research. I decided to be a Berean and not simply believe what I’d been told. And so, after reading thousands of website pages and viewing the video evidence in detail, I climbed out of the rabbit hole and left the cozy confines of conspiracism.
The bottom line is that people will believe whatever is necessary to confirm their bias. And even when confronted with the improbability of their conspiracy theory, undaunted they simply ignore the evidence, get verbally aggressive and move on to force the next square peg anomaly into their conspiratorial round hole. Anything to make the world less complex.
So this latest Seal shooter revelation is further proof that massive conspiracies are as improbable as a snowy day in San Francisco. People don’t keep secrets even in the most well-confined events, much less the 9/11 granddaddy of them all.
My recommendation? Break down every conspiracy claim and determine if it can stand on its own merit. Don’t fall prey to allowing the massive number of bogus claims overwhelm you. A hundred false claims do not the truth make.
One concluding thought. For goodness sake, don’t watch one clever YouTube vid and believe you have all the facts. One of the guys obsessed with 9/11 being an inside job, did just that. He actually made the following statement which he believed was proof that WTC 7 had to have been collapsed by controlled demolition. “Your video [which simply showed the WTC 7 collapse in real time] shows NADA of this. NOTHING ON TOP OF THIS BUILDING absolutely NOTHING because they were turned into DUST!!!”
I don’t mean to sound unkind, but this is complete nonsense, devoid of reality. The slick “Loose Change” movie producers, using carefully selected video clips, led this dear brother to believe that the Twin Towers were basically vaporized into what conspiracists like John Lear and Judy Wood refer to as nano-dust. How could they come to this conclusion if they watched ANY of the video footage of the collapse?
Watch the following to see the kind of “nano-dust” that fell to the ground during the collapse. They hauled away massive amounts of steel, but the revisionist’s theories are so compelling to the uninformed, they don’t even do a cursory fact check.
Conspiracism is a rabid form of cynicism that is not serving us well. It’s both crippling and debilitating, and it causes such a severe malaise that one is left feeling disenfranchised and helpless. Ultimately people remove themselves from the political process believing that their vote and voice are worthless. Clearly, our government is seriously flawed. And yes, it conceals far more than it ought. But blaming the government for things done by terrorists is not only unhealthy but it’s intellectually dishonest. Don’t allow a small group of cyber-conspiracists to control the debate. Think for yourself.
This entry was posted in 9/11, Conspiracy Theory. Bookmark the permalink.