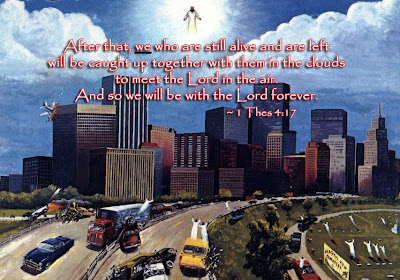 The following is a parody written by a humanist. It may be offensive to some but quite frankly I’ve grown weary of being mocked for what I believe is the profoundly bad theology trumpeted by the majority of Christians. I don’t want to be insensitive toward those that have been raised on this kind of eschatology (as I was), but I would like to know how long we’re going to hang on to this failed system that in my opinion makes a mockery of the veracity of Christ’s claims. As times worsen it seems to do nothing but embolden the prognosticators.

Jesus was both emphatic and specific about the timing of His return. He said that he would return (parousia) before his disciples had gone through the cities of Israel (Matt 10:23)

We simply cannot allow for one misapplied and grossly misunderstood verse (2 Peter 3:8-9) to nullify every imminent NT statement. Doing so questions the integrity of God’s Word. How could any prophet be held accountable if there wasn’t the demand for a timely execution of that which was prophesied? (Deut 18:22) Why couldn’t the false prophet have simply invoked the old ” one day is as a thousand years” alibi? 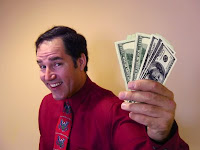 The Center for Inquiry–West is making an unprecedented offer to their fundamentalist fellow citizens: Live out your last days in cash-rich comfort before the Rapture hits.

“We’ve been hearing about the coming Rapture for years now, so we decided to earmark thousands of dollars for the purchase of cars, boats, houses and other valuable assets,” said Center for Inquiry-West Executive Director James Underdown. “ We will pay 10¢ on-the-dollar for people’s (soon-to-be) meaningless earthly possessions — to anyone who truly believes the rapture is at hand.” 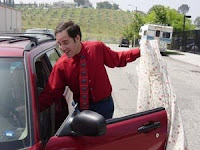 CFI says it will streamline the sales process for those who think they have no time to waste and take possession of properties a year or two into the future. By that time, the rapture will have passed, and earthly goods will be of no use to the sellers who will have ascended to Heaven by then.

The Centers for Inquiry are an Amherst, NY-based, international organization of rationalists who feel the recent paranoia surrounding an imminent rapture is not founded in reason. The best-selling Left Behind series of books have planted 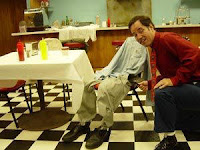 unfounded, modern, end-of-the-world notions in millions of believers. Belief in similar notions have been linked to the White House.

“All we’re saying is ‘Put your money where your mouth is’”, Underdown added. “If you think this is really going to happen, we ca n help.”

We must be able to answer the charges of the agnostics, the atheists, the Muslims and anyone who questions the inspiration and integrity of God’s Word. Can you answer the claims of the atheist in the following video? We must be prepared to give an answer for the hope with which we Believe (1 Pet 3:15).